Editor’s note: This article and its opinions solely belong to the author; it does not stand for the stance of TNCNNEWS.COM.

House Speaker Nancy Pelosi and other Congressional Democrats knelt and observed a moment of silence at the Capitol’s Emancipation Hall on Capitol Hill on Monday, June 8.  The 80-year-old Congressional dinosaur along with other members knelt for 8 minutes and 46 seconds, which is the same amount of time that now-fired-and-charged Minneapolis police officer Dereck Chauvin had knelt on George Floyd’s neck until eventually his death occurred. Despite differences in the autopsy reports and the public confusions around them, the “true” cause of death seems to have already been universally pinned down as police restraint, or, “police brutality”.

As a preface to the subsequent unveiling of the bill, dubbed “The Justice in Policing Act” aiming at wide-ranging law enforcement reforms, Democrats’ kneeling in silence was accompanied by a loud readout of the names of Floyd and others killed during police interactions. When the performative kneel-ins ended, an out-of-breath Pelosi said, “You see how long it is to have his knee on his neck”, according to a PF media report.  The tribute was later extolled by Pelosi as an expression of a “national anguish” over the “martyrdom” of Floyd.  “The martyrdom of George Floyd”, Pelosi said, “gave American experience a moment of national anguish as we grieve for the black Americans killed by police brutality”.

New York Rep. Hakeem Jeffries, representing parts of Brooklyn and Queens, said that the bill currently brought to the table would be a big step toward “trying to eradicate the malignant tumor of police brutality”. “Unless there’s accountability, there will never be change”, he said.  The bill proposed a laundry list of structural reforms intended for the federal government to oversee the policing policies of local police departments, including a ban on chokeholds and a creation of a National Police Misconduct Registry.  It also provided incentives to states and local police departments to deploy extensive bias training for officers for the purposes of reining in abusive cops and discriminatory racial profiling.

“The Justice and Policing Act” was introduced in both chambers of Congress. Pelosi and other senior Democratic leaders, accompanied by members of the Black Congressional Caucus, emphasized that legislation aimed to create “meaningful, structural change that safeguards every American’s right to safety and equal justice”. Democrats were confident that they will be able to pass it through the House.  However, its chances of passage in a Republican-dominating Senate is speculative.  White House press secretary Kayleigh McEnany released the message to media that President Trump is unlikely to support the bill.  The self-proclaimed “law-and-order-president has recently slammed his Democratic rival Joe Biden for his attempt to ‘defund the police’ ”.

But Pelosi and her Democratic fellows were careful in distancing themselves from the “defunding the police” approach.  Some activists and politicians have been advocating for the slashing of police funding in the wake of Floyd’s death.  California Rep. Karen Bass, chairwoman of the Congressional Black Caucus, recognized that although the defunding decision is best left to the states, we should not underestimate the core of that cry as “a desire for there to be significant investment in communities”.

Surprisingly or not, kneeling is nothing new.  In September 2017, former San Francisco quarterback Colin Kaepernick took a knee as the National Anthem was played before football games to protest against the unequal treatment of colored people in the U.S.  “I am not going to stand up to show pride in a flag for a country that oppresses black people and people of color,” Kaepernick once told NFL Media.  His action stirred a wave of kneeling across the National Football League, for since then, other players across the NFL have taken to sitting out the national anthem as well.

President Trump believed such kneeling actions were outrageously disrespectful to the American flag.  Rather than praising the sports world’s kneeling movement as honorable act of civil disobedience, Trump acutely referred to Kaepernick as a “son of a bitch”.  “Wouldn’t you love to see one of these NFL owners, when somebody disrespects our flag, to say, ‘Get that son of bitch off the field right now, out! He’s fired. He’s fired!” Trump said at a raucous rally in September 2017.  The crowd at the rally responded by cheering.

But Trump might not have thought about the deep root of the kneel-ins.  Shortly after his swear on Kaepernick, a photo of the Rev. Martin Luther King Jr. and other marchers for civil rights kneeling in prayer went rival in response to Trump.  The photo resurfaced online was originally taken in Selma, Alabama, on Feb. 1, 1965.  King was down on his left knee leading a prayer after the arrest of around 250 protesters during their march to the Dallas County Alabama courthouse to register voters.  As a slew of people pointed out in the wake of Trump’s escalating war on NFL players, kneeling had long been used as a form of nonviolent protests since the civil rights movement.

Interestingly, apart from being amused by twitters for her struggling to get up from a kneeling position, the helped-up-to-get-back-on-feet lady is also receiving backlashes and attack for leading all fellows to wear African-patterned garb.  Conservative commentator Shapiro, in his Tuesday’s episode of “The Ben Shapiro Show”, slammed Pelosi as “a terrible Speaker of the House”, but “very good at coordinating outfits with the Democratic Power Rangers”.

A University of Oxford researcher who saw the wearing of the Kente cloths as performative felt strongly against it.  Jade Bentil, a Ghanaian-Nigerian researcher tweeted that “my ancestor did not invent Kente cloth for them to be worn by publicity (obsessed) politicians as ‘activism’ in 2020”.  Author Obianuju Ekeocha also posted a video criticizing Democrats for their cultural appropriation of the African Kante garb.  “I know you look at us and you say, ‘Oh, Africans are so cute in all of your colorful dresses.’ Well, some of those dresses and patterns and colors and fabrics actually do mean something to us.”

Yet Democratic lawmakers did have supporters who asked people to focus more on the “Justice and Policing Act” than Kente cloth. “I just hope we don’t miss what happened after the performative part, which is that legislation is being introduced,” tweeted April Reign, creator of the hashtag #OscarsSoWhite.

With the popularization of performative kneeling actions, various emotional reactions have been brewing among the people. Obviously, those who actively participated in the demonstration strongly believed that Floyd was racially treated by the police and the kneeling and mourning were certainly commendable. The nine-minute reenactment of “kneeling and killing” serves as a perfect artistic form of confession with great tension. It is not only a continuation of the anti-racial protest model of NFL athletes, but also effectively stimulates the public’s deep reflection on police violence. However, there are quite a few people who disagree with this, thinking that this kind of behavior by politicians is nothing but following suit. Yet the sensational show is not only unconvincing, but even disgusting.

After a wide observation of media reports, it is interesting to find that there are only two modes of reports: either reports in neutral attitude with no comment, or reports with warm praise without any objections. Here, we can’t help wondering how and since when the voice of the media and politicians have become so uniformed and consistent, given that the American media have always been fighting and clamoring against each other all the time. Might it be because under such a strong pressure of public opinion, any expression of objections may be backlashed or even life-threatening?

Another recent incident worth mentioning is when Lt. Bob Kroll, president of the Minneapolis Police Union, wrote an open letter in which he described Floyd as a “violent criminal” and the protesters as terrorists. In the letter he also attacked the municipal authorities for their failure of not using enough police force to stop the riot when responding to the violence. Kroll also mentioned the untold criminal history of George Floyd and criticized the lack of due process in the firing of the four officers. Kroll said that all four officers are now represented by defense attorneys and labor attorneys fighting for their employment rights.

As soon as Kroll’s remarks came out, politicians and the media rushed out to bombard him. But is it difficult for anyone with even a slight objective position to think, whether Kroll’s words mean anything at all? After the Floyd’s death, the local police department immediately announced the dismissal of the four police officers involved without a thorough investigation. Should it be seen as a satisfaction of due process? In addition, currently all four policemen are already facing criminal charges and waiting to go through the judicial procedures. What does the one-sided media trend of public opinion want to cause?  Does it want to affect justice by imposing weighty pressure on the jury, so that the former officers should not be tried but instead convicted directly? Wow!

Last, to Ms. Pelosi! Please wear black instead of red to better show your condolences to a deceased.  For it, the Oscar Prize is not to you this time. 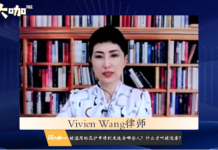 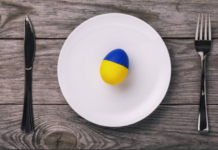 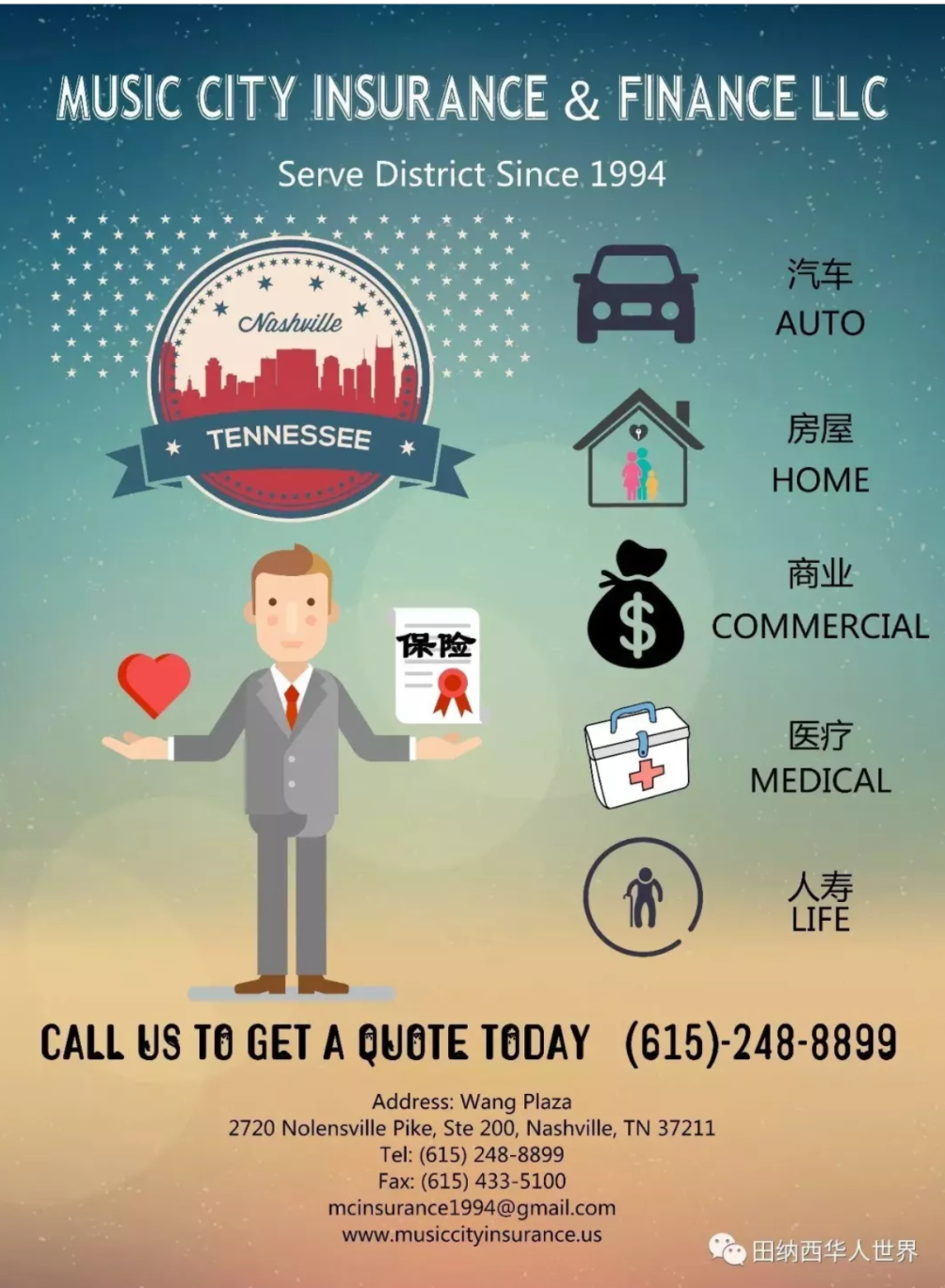